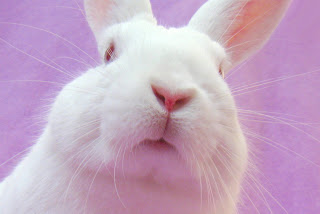 This month's news about the new, internationally sanctioned guidelines for humane testing of skin irritants led me to do some research on the Draize skin test.

The new OECD guidelines mean use of the Draize skin test will be significantly curtailed, according to the Physician's Committee for Responsible Medicine. The guidelines are now available for use by the 32 members of the Organisation for Economic Cooperation and Development (OECD), which include many of the world's largest economies.

The new methods covered by the guidelines include models of human skin manufactured from human tissue remnants from plastic and other surgeries. The "Reconstructed Human Epidermis" is manufactured by MatTek in Ashland, OR, USA and SkinEthic in Nice, France.

The OECD development took decades, but the advocates did not give up. The even better news is that we all have the power to avoid companies that test on animals. Here's PETA's list and leapingbunny.org's.